Skip to end of banner Go to start of banner

How to add, revoke and edit roles.

How to assign the PLSIGN/PFSIGN role

The purpose of this page is to describe the Identity and Access Management (IAM) hierarchy.

The Funding & Tenders Portal allows each user to have access to a personalised space, based on 3 main elements:

The Purpose of IAM

The IAM hierarchy is as follows:

Regardless of the different write/read rights described below, any document becomes visible to all beneficiaries in the consortium once that it has been submitted to the EC.

See Special roles for information about roles not mentioned here.

Note:  you can find information on how a LEAR is appointed here.

Some roles are automatically provisioned in the early stages of the Project (“original roles”) as follows:

The nomination process, i.e.  who can nominate the various actors, is described in the diagram below for both a project and an organisation.

How to Nominate/revoke a Role

Access this page for a full description on the steps to undertake.

This description concerns the auditee. For specific information regarding the audit roles for external audit firms, see AUDIT Firm Roles

The LEAR gets assigned the Primary Audit Contact (PAuCo) role when an organisation has been selected for an audit. This role may nominate other Primary Audit Contacts (PAuCo) for the organisation and the Audit Contacts (AuCo) roles for the audits. AuCos will carry out the audit tasks in the Audit Management System (AMS)), once they are assigned to an audit team. PAuCo cannot access the audit unless they are granted the AuCo role and they are added to the relevant audit team.

An assigned Audit Contact (AuCo) performs the audit tasks in the Audit Management System (AMS) for the audit(s) assigned to their relevant audit team(s).

An AuCo can also nominate/revoke other AuCos  who are assigned to the same teams as them.

An AuCo cannot manage the teams of the organisation (i.e. rename a team, add a new team or assign an audit to a team), since this kind of access is reserved for Primary Audit Contacts.

Regardless of the different write/read rights described below, any document becomes visible to all beneficiaries in the consortium once that it has been submitted to the EC.

Note:  you can find information on how a LEAR is appointed here. 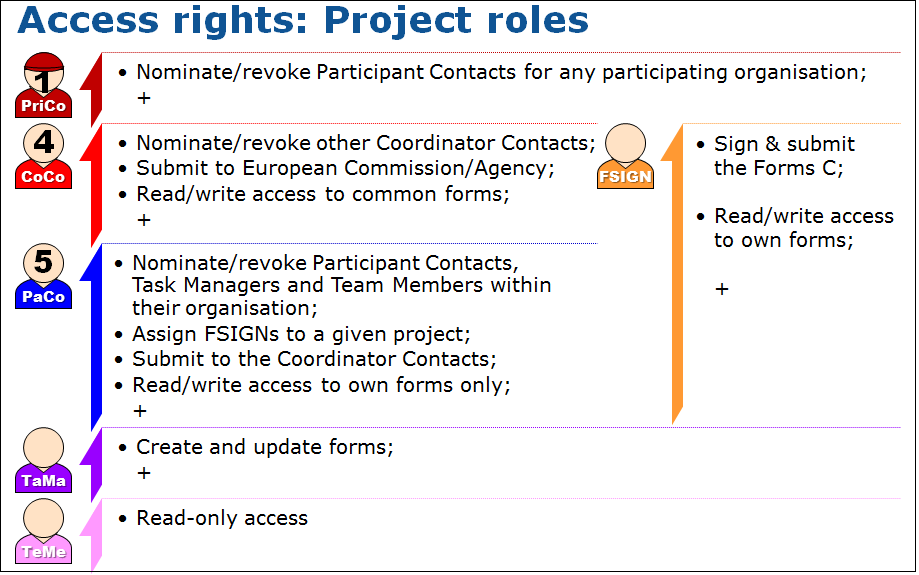 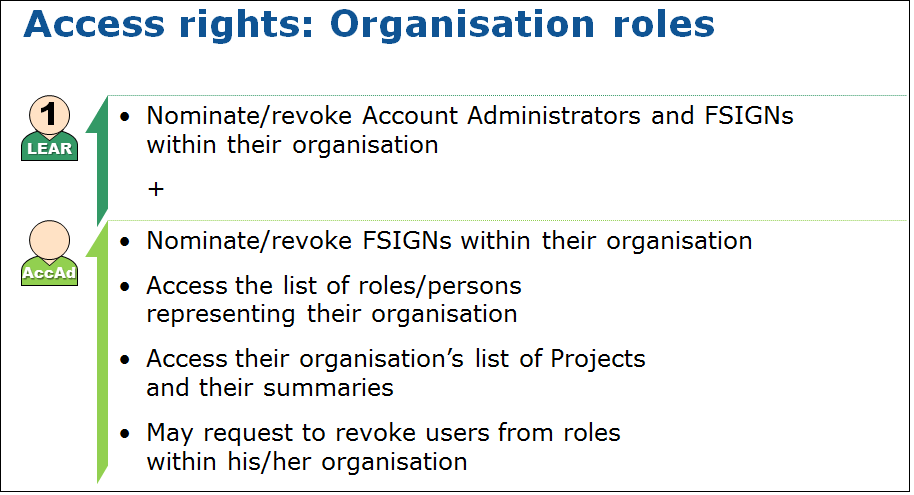