Thanks to Murcia FLAG’s support and networking, a paraplegic man turns his personal project of rehabilitation into the first National Sailing School for people with disabilities in the country. 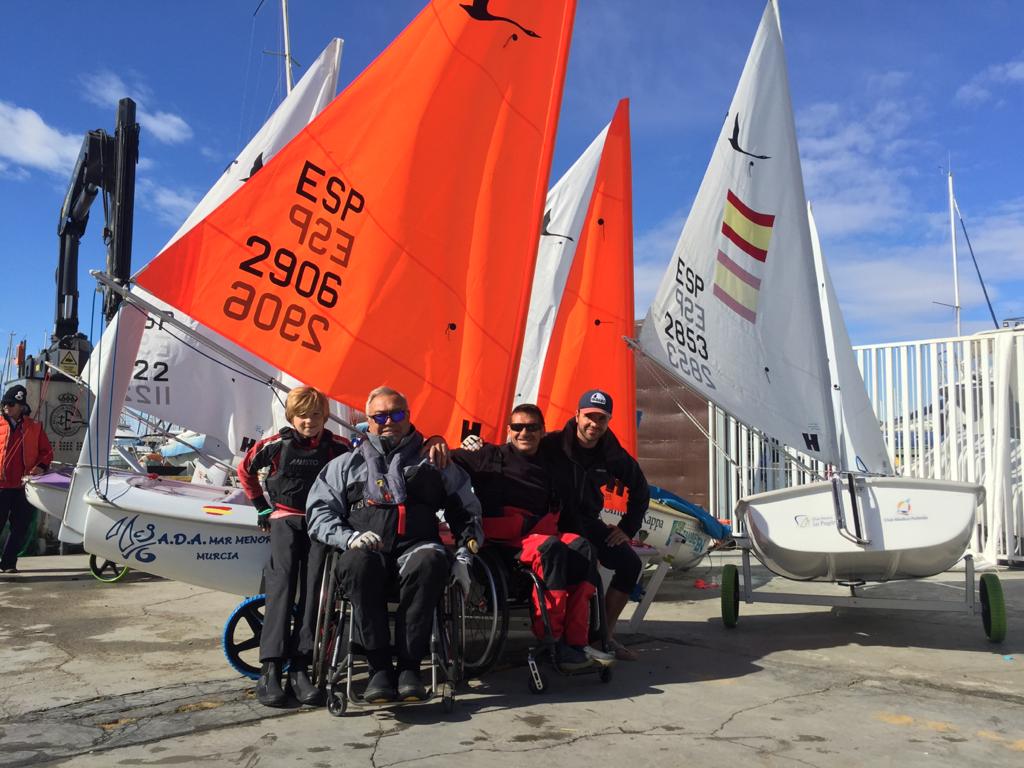 These two adapted boats will allow us to increase our capacity and we will be able to accommodate more people interested in sailing. Sailing has been a tool to promote the importance of our environmental and fisheries resources; the values of our area; and give people with disabilities a sense of autonomy.

When José Luis Montoya suffered an accident that left him paraplegic, a recommendation from his doctor led to his discovery of a new passion for sailing. José showed astonishing improvements from using this exercise as rehabilitation. However, there was no suitable club for disabled people in the area. He decided to launch the “Adapted Sports Association of the Mar Menor” (ADA MM), which started as a project to get two adapted boats and set up a fee-free school for young people with reduced mobility who would like to try sailing.

The local Lo Pagán Sailing Club supported José Luis’ initiative with staff time, the free use of their facilities which they upgraded to improve accessibility, and other monetary contributions. The local fishing organisation put him in touch with the Murcia FLAG, which helped with a grant of half of the project’s funding and introduced him to the Regional Aquaculture Federation, which provided the other 50% of the money needed for the project.

In 2019, the physical and social inclusion improvements experienced by ADA MM members attracted the attention of the National Hospital of Paraplegics of Toledo, one of the biggest treatment centres in Spain for people with spinal injuries. The hospital is now working with the San Antonio University of Murcia to monitor the effects of a sailing simulator on young people (20-30 years old) that have suffered spinal injuries. The trial is showing very positive results.

Future activities of the project include the six ADA MM members continuing to participate in national and international competitions. The club’s capacity will be increased, allowing more members from outside of Murcia to join. Events will be organised to give visibility to the sport and the area, such as talks at schools and the “Sailing Week”, which will take place for the first time in Murcia in April 2020.