Country:
Region:
On Lower Saxony’s North Sea coast, small-scale fishermen team up with an environmental NGO to collect marine waste and look at ways of disposing and recycling plastic components.

For the first time, a German FLAG is supporting Fishing for Litter, a joint initiative for fisheries and nature conservation run by KIMO international to reduce marine litter in north western Europe. Previously, there had been no activities to collect maritime waste along the Lower Saxon North Sea coast. The local FLAG, whose territory covers the whole Lower Saxon coast, teamed up with NABU, one of Germany’s largest environmental NGOs, to mirror the actions of the neighbouring region of Schleswig-Holstein. There, Fishing for Litter was already being implemented and covered parts of the German North Sea Coast as well as most of the Baltic Sea coast.

Through the Fishing for Litter project, marine waste caught up in the fishing nets is collected in big bags provided by NABU onboard the small-scale cutters. This includes dolly ropes, diverse net waste, ropes and other plastic waste. There is also the opportunity to throw away unwanted fishing gear. All the refuse is disposed of free of charge in NABU containers, which are located in eight small ports in the FLAG area.

NABU then carries out intensive manual sorting of the waste, looking for material to recycle. In a second step of the project that has no FLAG involvement, NABU works with researchers at the Magdeburg-Stendal University of Applied Sciences to find solutions for recycling different plastic materials.

Another strand of the project is raising awareness among stakeholders and the general public. NABU holds two annual workshops to improve knowledge about leaching of plastics into the oceans, the causes, ways to tackle it and the creation of a sustainable dialogue between different user groups. The findings are then presented and discussed, with the aim of increasing the effectiveness of Fishing for Litter.

Fishing for Litter helps keep the ecosystem intact by focusing on reducing the impact of marine refuse. By sorting and analysing “fished” waste, useful data is gathered which can be used to develop measures to reduce the litter entry into the North Sea. Fishermen are learning more about the different waste materials collected in their nets and stickers on the waste containers and nearby information highlight their efforts to prevent sea litter and educate the general public.

Marine litter is a concern in most fisheries areas around Europe. FLAGs in north west Europe may find it useful to encourage their public authorities to join the Fishing for Litter initiative. This project is a good example of how FLAGs can partner with an existing scheme for maximum impact. In areas where initiatives do not already exist, FLAGs can be well placed to bring together the relevant organisations and fishermen to combat marine litter. Cooperation with other FLAG areas could help increase the impact of such projects. 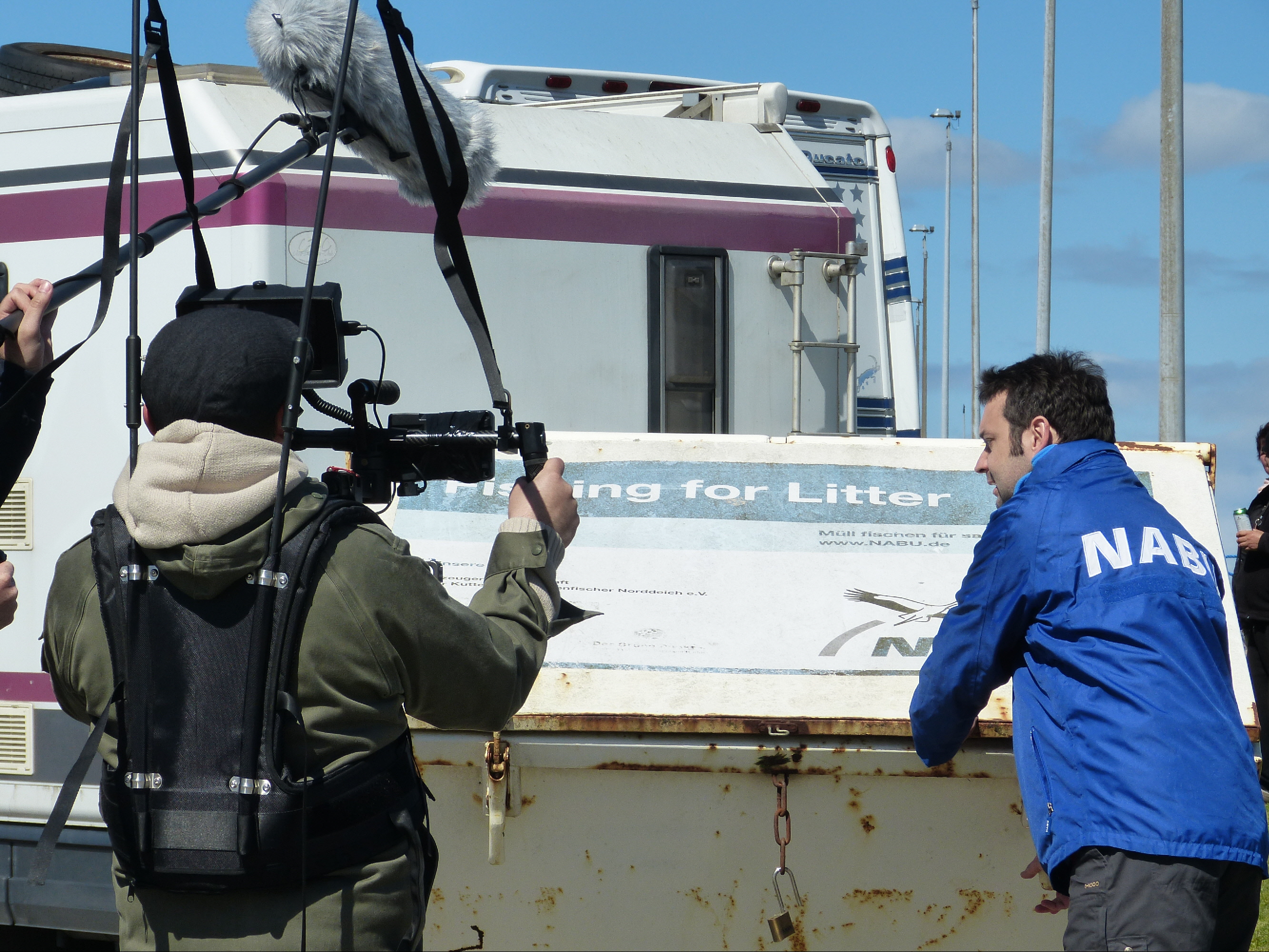