There are three small ports in the area, which have a strong tradition of fishing and fish processing. One large processing company operates in the area and provides 75 % of the sector’s employment.

The area is characterized by its rich biodiversity, with a significant number of protected areas such as the Stony Beach of Vidzeme, the meadows of Randa, the Salaca River Valley and the North Biosphere Reserve. These areas are renowned for their natural landscapes and scenery, like the Ainaži northern pier, the cliffs of Veczemes and the Salaca river.

The FLAG area is also well known for its cultural events, such as the Lamprey Festival, the Festival of “Herring Eaters” and the Sea Festival.

Challenges facing the area include population loss and a decline in the number of coastal fishermen. Currently there are only a few young fishermen involved in small scale fishing activities. Enterprise and business development in the area is also negatively affected by global competition, as well as the limited purchasing power of the local population. The Russian embargo on European fish products in 2014 has also had a significant impact on the local fisheries sector and continues to affect communities along the coast.

There are twenty protected areas including the North Vidzeme Biosphere Reserve, the Salaca River Valley, the meadows of Randa, the Stony Beach of Vidzeme and the Vitrupe River Valley.

The fisheries CLLD strategy focuses on strengthening competitiveness and boosting business development within the fisheries sector, as well as on promoting the use of local natural resources to create business opportunities, and preserving the fisheries cultural heritage.

The FLAG organises calls for projects once a year.

The deadline for the first call for projects was the 18th of May 2016.

The FLAG is interested in exploring two cooperation ideas:

No budget has been defined for cooperation.

The FLAG area is the same as the LEADER area and is administered by the same entity. EMFF co-financing of projects is only possible in the parishes of Skulte, Liepupe, Tūja, Salacgrīva, Svētciems and Ainaži. The LAG-FLAG manages the implementation of a single local development strategy co-financed by the EMFF, the EAFRD and a national contribution, with separate action plans for each ESI Fund.

The FLAG board (decision-making body) consists of thirteen members, but all forty-five members of the FLAG are actively involved. 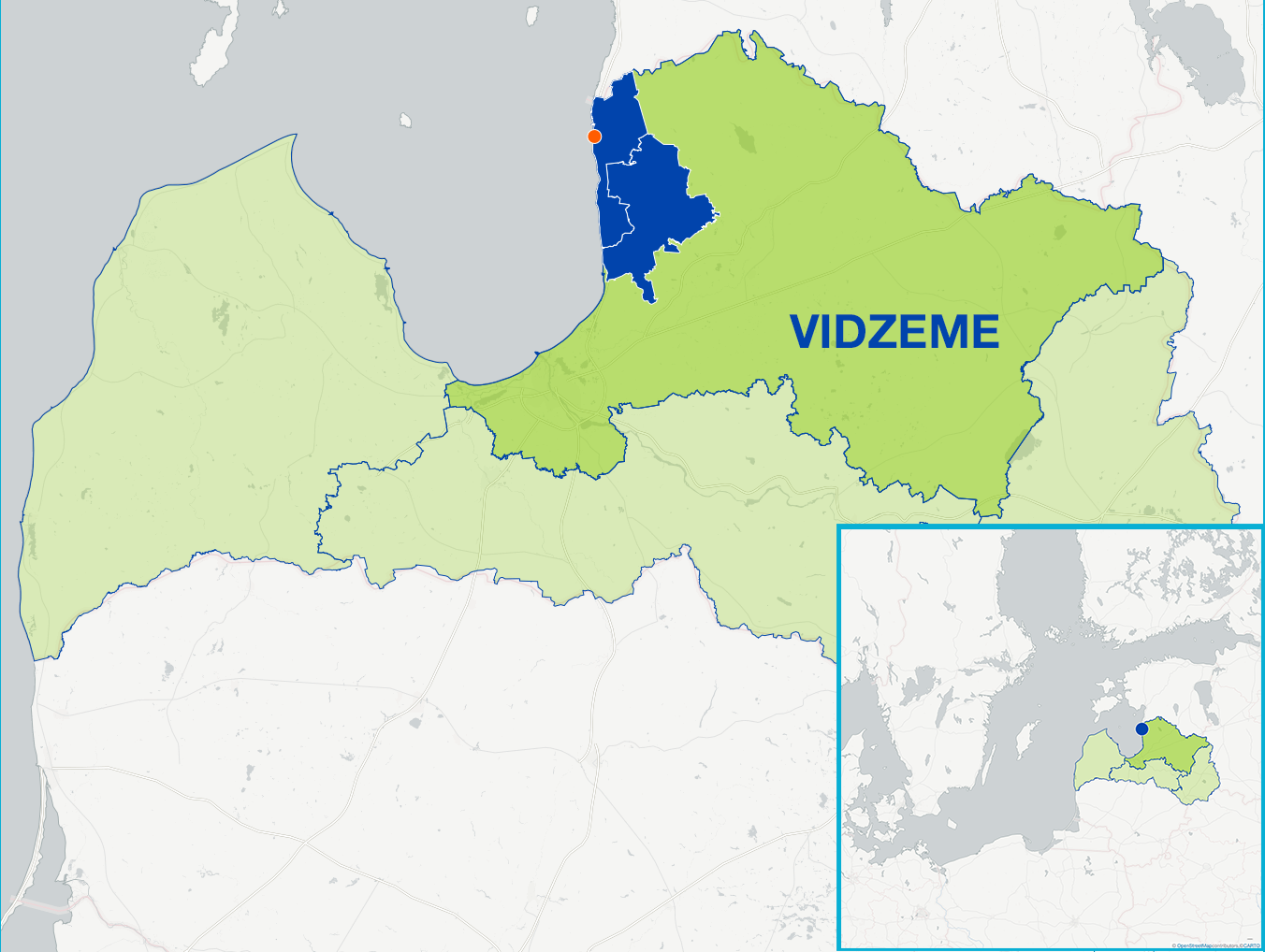