The FLAG area covers the entire island of Bornholm, located in the Baltic sea to the east of the rest of Denmark and to the south of Sweden. The main industries on the island include fishing, dairy farming, and during the summer, tourism. The island’s heritage is characterised by crafts such as glass production and pottery, and a particularly large amount of round churches.

Bornholm has a long fishing tradition as indicated by the 27 harbours dotted across the coastline. The two most important harbours in terms of fisheries are Rønne and Nexø.

An ageing population, economic output below the national average, and limited possibilities for higher education have resulted in high net outward migration, leading to population decline.

The island's commercial fishing industry suffers from heavy competition from cheaper imported fish products, while locally caught fish is transported from the island before being processed. Local smokehouses and local restaurants mainly use fish products imported from elsewhere (e.g. Iceland, Norway, the West coast of Denmark). Low fish stocks in the Baltic, and the privatization of the fish quotas in Denmark make it extremely difficult for small scale fisheries to survive. This is reflected in the number of fishing boats registered on the island which has come from a few hundred small vessels in the nineties to just 68 boats in January 2016.

The FLAG strategy aims to respond to the area’s social and economic challenges, focusing on job creation in the following way:

The Bornholm FLAG publishes a call for projects three times a year. These calls are open to all themes.

The Bornholm FLAG has cooperated with the South-east Skåne LEADER LAG (including the Swedish municipality Simrishamn, close to the FLAG area). Activities included the promotion of fish from sustainable fishing activities in touristic areas.

The Bornholm FLAG would like to expand its cooperation activities with areas in North-eastern Skåne (with the Swedish LEADER LAG) and North Sealand (Danish Gribskov FLAG), around the theme of adding value based on local processing of local catches.

Bornholm is a joint LAG-FLAG, sharing a legal structure and board members. The entire island is covered by the EAFRD and the EMFF.

The strategies are integrated within the same document, but with distinct analyses, objectives etc. with respect to EAFRD and EMFF.

The Bornholm FLAG is a legal and independent organisation governed by a general assembly.

The Bornholm FLAG is organised as an association with free membership, open to all the residents on the island.

Members are individuals, people coming from NGO’s and private businesses. 12 members of the board are elected at the yearly general assembly. Three members of the board are appointed by the public municipality of Bornholm.
Number of individuals/organisations in partnership/general assembly:
100
% of fisheries actors:
26%
% of other (non-fisheries) private / NGO sector actors:
50%
% of environmental actors:
24%
Number of individuals on main decision-making body/board:
15
% of public actors:
20%
Number of contracted staff in FLAG:
1,00 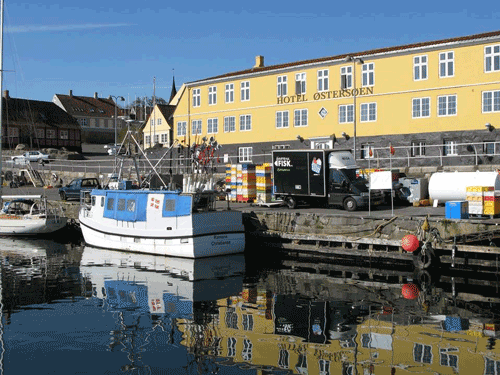 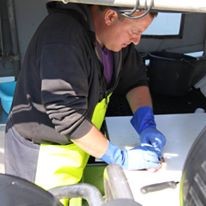 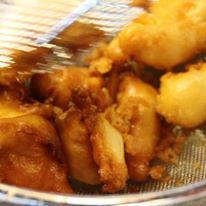